My 15yo was promoted to sergeant last June. This rank brings with it leadership opportunities. She very much wants to be a leader in her squadron, but it’s hard. Leadership is difficult in general, and in a youth setting it’s no easier.

For clarity: Her cadet unit, like all others, is built around youth leadership. The officers (reservist adults/CIC members) train the senior NCOs (sergeants and up) on how to deliver the program to the junior cadets.

This year she is captain of Range Team 1, which is composed of the top shooters, and she is very likely the best shooter (by scores). Since June I’ve been working with her on what I consider good leadership.

To prepare for that I read Extreme Ownership by Jocko Willink. What a fantastic book! Get it, read it, then teach it to your kids.

To get things started today she was late to range. Right away she went to the coach and apologized, then told him it wouldn’t happen again. BAM! Chapter 1: she took ownership (of being late).

END_OF_DOCUMENT_TOKEN_TO_BE_REPLACED

Changing a child’s eating habits can be so incredibly difficult and the older they get the harder it is. Start early and avoid the troubles.

Here are some fun and cute ideas for making snack time more appealing. And, some ideas that are just nuts!

When my 5yo is home from school the day can drag on and on because he is bored. When he is home sick he is low energy, or so low that I am taking care of him. But, when he it’s a day off, or even a weekend, he is off the walls!

Here are some ideas for young kids that we can help them put together for their time at home. And I do mean that we help them make it, rather than we do all the work.

If you want more, check the credits on each pic and dive in!

I take my 5-year-old to school every morning and we are often one of the first to arrive. I like to stick around to watch him play, and I talk to some parents. At the beginning of the school year (such as now), almost every morning I see a child grasping desperately at their mom or dad as they’re left in the schoolyard. It breaks my heart to see that. They’re screaming, crying, trying everything they can to not be left behind by the most important person in their world.

In these moments I’m thankful to my boy for not doing that. Last year he did do it once or twice, briefly, but we got through it together and he went into school with minimal tears.

So, this morning, after watching 3 different kids fall apart as their parents left them, I decided to look into what parents can do. Here’s what I found:

During the First Days of Kindergarten

Tips For Parents And Caregivers

END_OF_DOCUMENT_TOKEN_TO_BE_REPLACED

I recently read an article on the CBC News site titled Nothing short of remarkable’: Study finds parents’ chats with their toddlers pay off 10 years later by Amina Zafar. This is a great article –go read it. But, if you want the short version, here’s my condensed version:

END_OF_DOCUMENT_TOKEN_TO_BE_REPLACED

Every time I look at what my kids are doing/have done in the Royal Canadian Air Cadet program I can’t help but look back at my youth and realize that I completely wasted it. Sometimes I just sit with that crappy feeling for days as I agonize over my lost personal development opportunities. Ultimately, what gets me out of that mental trap is the obvious realization that I would not actually choose to do my past differently because it would prevent me from having the family that I have now. END_OF_DOCUMENT_TOKEN_TO_BE_REPLACED

“When we fail to distinguish between bullying and ordinary meanness, we trivialize the very serious cases of peer abuse,” 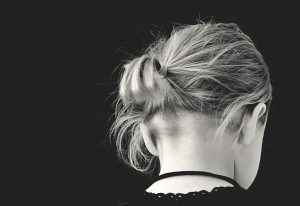 Here’s a link to an interesting article from the Washington Post: Not all unkindness is bullying. Here’s why we need to teach kids to differentiate. by Braden Bell.

In this article the author discusses witnessing students in his classes develop differently as a result of their parents being too quick to label negative behaviours as bullying.

Here’s a summary of the ideas, but go check it out in full:

END_OF_DOCUMENT_TOKEN_TO_BE_REPLACED

“the ultimate goal of all parenting should be to help our children be autonomous and competent.” 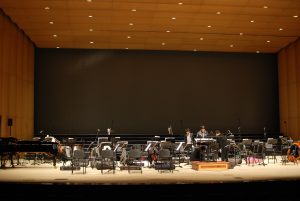 Here’s a link to an interesting article from the Washington Post: To raise independent kids, treat middle school like a dress rehearsal for life by Braden Bell.

In this article the author discusses his 5th child attending middle school where he is a teacher, and very clearly describes the things he will be teaching his child – indirectly and sometimes directly.

Here’s a summary of the ideas, but go check it out in full:

END_OF_DOCUMENT_TOKEN_TO_BE_REPLACED

One of the things we do as parents is race around from place to place trying to make sure that our kids get to all their activities on time. Part of that chaos is preceded by constant pushing of our kids to be ready.

This is unproductive because it is unsustainable.
If we manage their time, they will not learn how to do it themselves.

END_OF_DOCUMENT_TOKEN_TO_BE_REPLACED 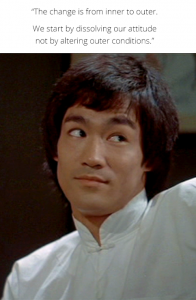 Bruce Lee (李小龍, 1940-11-27 to 1973-07-20 [32yrs]) is a Martial Arts icon known throughout the world as one of the best –if not THE best– martial artist to ever live. He changed the game not only for martial arts training in North America, but also for how Asians are represented in Hollywood, inspiring countless people all over the planet to become actors, fighters, and teachers. He was my idol when I was in high school and remains an influential figure to me today.

He was an absolute boss; he trained literally all the time, even while driving. More than a sensational fighter he was also a movie and TV star, a passionate husband and father, a deep philosophical thinker and devourer of books. He developed his own styles: Jun Fan Gung Fu and later Jeet Kune Do, which are filled with his thoughts on not conforming to the rigidity of a single style and the exploration of what is most effective for the individual in any given situation. Perhaps he is even the founder of the now ultra-popular MMA sport.

How does this all apply to Parenting? Well, his philosophies on living up to your potential are timeless, ageless, and we should be teaching them to our kids. Bruce Lee was not about kicking ass or building muscles. Bruce Lee was about reaching deep inside yourself and dragging a better you to the surface.

Below I show what Bruce said END_OF_DOCUMENT_TOKEN_TO_BE_REPLACED