Every time I look at what my kids are doing/have done in the Royal Canadian Air Cadet program I can’t help but look back at my youth and realize that I completely wasted it. Sometimes I just sit with that crappy feeling for days as I agonize over my lost personal development opportunities. Ultimately, what gets me out of that mental trap is the obvious realization that I would not actually choose to do my past differently because it would prevent me from having the family that I have now. END_OF_DOCUMENT_TOKEN_TO_BE_REPLACED

MAN I’m jealous of my kids in that that I cannot be an Air Cadet, too!

Seriously. Look what they can do that I cannot:

What I could do is join the armed forces —giving up my ability to earn money — to enter training, be away from my family until that’s completed, then move away to a new city to complete mandatory placements. Someone has a better deal here and you’re damned right I’m jealous about it. I didn’t learn anything important until it was too late. The Cadet program would have made me so much better, so much sooner.

The good news is that my girls will not follow my poorly chosen footsteps.

UPDATE, 2016-05-02: I learned from a trusted source that there is a way for me to do quite a few of those things that I complain so maturely about, above. So interesting to see how this unfolds now… 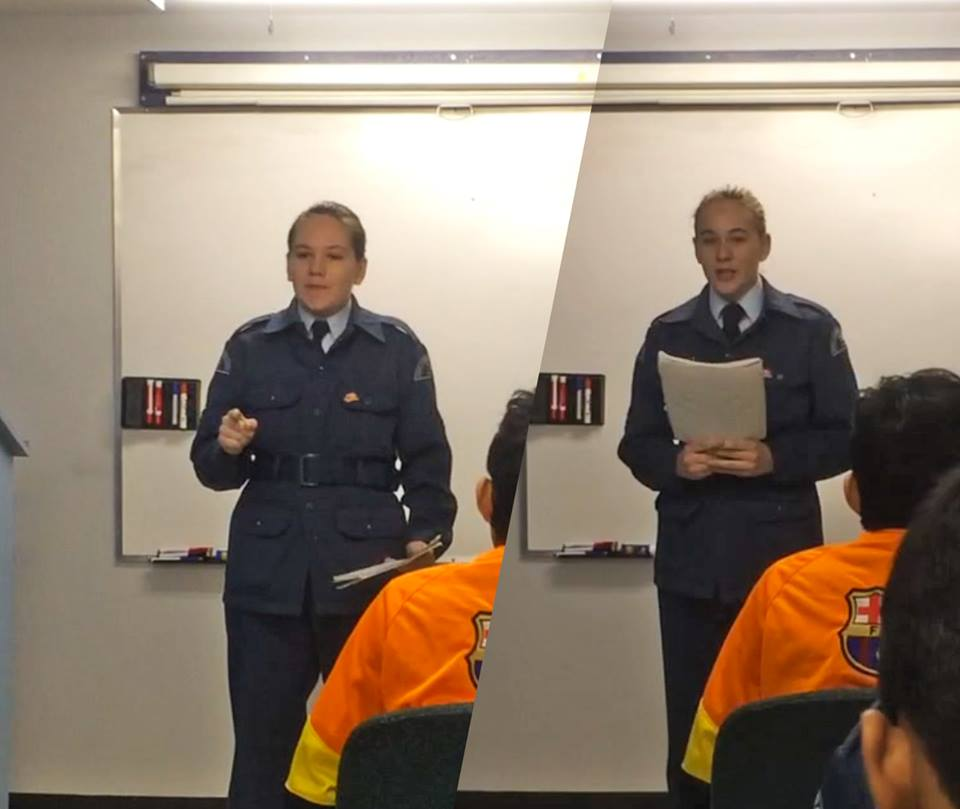 LAC Daoust was first recognized as a cadet when she was still a recruit by Warrant Officer ******. That single act of recognition by him really impacted her and I got to hear all about it that night, and a many more times after that.

This guy is super serious about his cadet career and it is markedly clear in his actions. I’ve pointed out certain leadership and self respect qualities so that LAC Daoust might pick them up. I’m not confident that I needed to point anything out because she has a clear respect for him since that moment of recognition, and she decided to do something about it.

Many of the other cadets are happy whining about how strict he is, but she was more interested in writing him a letter. In that letter she told him (paraphrasing for simplicity), “Dear Warrant Officer *******, I know all the other cadets hate you. And it’s not because they hate you, it’s because you’re strict and they are too ignorant to notice that you are helping them. I noticed, and I respect you so much for that. I’m really disappointed that they dislike you so much. I look up to you, and ever since I joined cadets, I’ve watched you to see what you do, because I want to take your place when you’re gone. I look up to you, and respect you; you’re amazing at what you do, and you’re just so awesome. P.S., on my first day of cadets, you called me a cadet, instead of recruit, and that had such a huge impact on me, I can’t even begin to explain. You’re the reason I try in air cadets.”

So, tonight he found LAC Daoust at break and let her know happy that letter made him, and how happy he would be if someone with all that potential took his place.

Right in the parent Feelz!