This article was originally published by Nord VPN (an internet privacy & security service ParentsPlace.ca uses and recommends). More about Nord VPN in point 7 below. 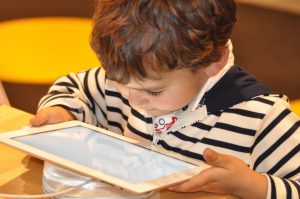 Have you had an internet safety talk with your kid yet? If not, I suggest to have it right away. As children today start using the internet at a very young age, it’s up to you as a parent to help them make the right choices once they get online.

A friend of mine shared this with me recently, so I read it and wanted to share it as well. You can download the PDF here, or read an exact copy below. END_OF_DOCUMENT_TOKEN_TO_BE_REPLACED 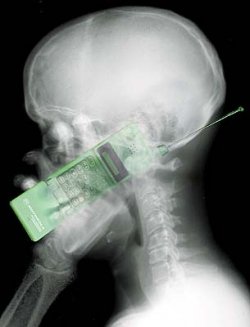 During your diligent research, have you come across any evidence supporting damage to the brain from cell phones?

Several studies have shown an increase in brain tumors and a breakdown of the blood-brain barrier. The risk is especially great for children because of their thin skulls, which exposes a greater volume of their brains to the radiation. In addition, because their brains are still undergoing a considerable amount of development, the radiation can cause abnormalities in brain pathway development.

I am especially concerned with the great number of pre-teen and teenagers using these phones for such long periods of time. Remember, the brain does not reach full maturity until age 27. I am also concerned that so many microwave towers are being placed within buildings — even on the steeples of churches. These towers are blanketing entire cities with microwaves. There are studies that show that cell phone microwaves can induce sterility, as well.

The Story of Cosmetics, released on July 21st, 2010, examines the pervasive use of toxic chemicals in our everyday personal care products, from lipstick to baby shampoo. Produced with Free Range Studios and hosted by Annie Leonard, the seven-minute film by The Story of Stuff Project reveals the implications for consumer and worker health and the environment, and outlines ways we can move the industry away from hazardous chemicals and towards safer alternatives. The film concludes with a call for viewers to support legislation aimed at ensuring the safety of cosmetics and personal care products. 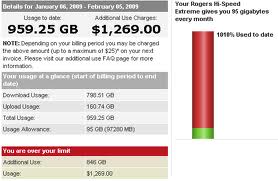 His reply: “I’m sorry that you feel like that, but that’s how business is done now.”
I asked, “How is THAT good customer service?” I mean really, is that the best reply the company has to that? I don’t like it, so sad. Deal with it. I AM A ROBOT; NA NOO NA NOO. END_OF_DOCUMENT_TOKEN_TO_BE_REPLACED

Something to Think About
By Lance D’Aoust

Your car will post your location to FourSquare at each intersection.

Your speed, direction, occupancy and seatbelt use will be conveniently sent to your Facebook status. This will save you so much T9 typing and no one will ever get lost again! Unless you get lost, in which case everyone following you will be lost too.

The smart meter on your house will post to Facebook the appliance you’re using right now while your water meter Tweets how much abuse your dishing out to the planet. How trendy being green can be! The guilt for flushing will reach an all time high while therapists the world over rejoice now that they have someone to ‘cure’ again. END_OF_DOCUMENT_TOKEN_TO_BE_REPLACED

Almost half of kids spend at least two hours a day watching TV. While this may sound harmless enough, numerous studies have come out showing that TV is definitely taking its toll on American children.

UPDATE: When I first posted this (8 years ago in 2010) TV still mattered. Now the cell phone is the mind-sucking device that plagues parents. This article is still valid, though.

For instance, a study in the April 2004 journal Pediatrics found that every added hour of watching TV increased a child’s odds of having attention problems at age 7 by about 10 percent. Those who watched for three hours a day between the ages of 1 and 3 were 30 percent more likely to have attention trouble at age 7 than those viewing no TV.

The notion that kids watch far too much TV is a no-brainer, literally. My strong recommendation is to minimize TV watching to no more than a few hours per WEEK, as a short attention span is only the beginning of the problem with TV. Here are some of the other negatives of kids watching TV: END_OF_DOCUMENT_TOKEN_TO_BE_REPLACED

So I ran into two videos where the CEO of Google, Eric Schmidt, talks about the policies at Google. It is obvious after watching these that Google’s founding mantra of “Don’t Be Evil” no longer applies. Google is now bending to the will of every government dictator by censoring in China and by spying on us in North America. The facts remain, no matter what your opinion is, that google tracks, traces, stores and shares your data and as you hear their CEO say, it’s under the unconstitutional patriot act.

So keep in mind that while you or your kids are online searching around for whatever you find interesting, it could lead to an investigation that removes your rights as a human being… Under the loving Patriot Act. Up here in Canada, you’re free of the Patriot Act until you want to cross that border, but don’t be fooled for a second to think that the RCMP or CSIS will be blindly ignoring you or the Americans spy groups.

You Shouldn’t Be Doing it in the First Place

Google Keeps Your Data for 18 Months