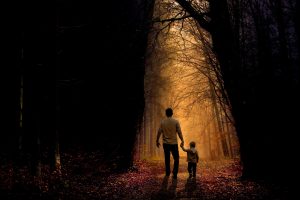 Kids going to school in the 80s and 90s did not get the same exposure to “bullying” as kids do now. The bully back then was a real stand-out kid, the stereotypical macho, hyper-aggressive, low-intellect, unhygienic, knuckle-dragging waste of human flesh. Well, that’s I looked at them.

When talking to my own kids about what school was teaching them I suddenly realized there’s a bit of a paradox going on with the whole anti-bullying campaign. Schools teach what bullying looks like, then they refer to the kids who do that as the Bullies in their worksheets, lessons, and handouts. Wait a second – isn’t derogatory name-calling a form of Bullying?

Yeah, it is. It’s also an intellectual shortcut. They’re skipping over all of the possible explanations for that kid’s behaviour and providing no way out from under that label. The people who create the anti-bullying material are so caught up in separating the victims from the bullies that they don’t even consider the concept that the “bully” will be exposed to this material, too.

Am I The Bully?

Consider what kids might be thinking about when they’re being exposed to these ideas. They’re told that say this, or doing that, are forms of bullying. The children depicted in these examples are sometimes directly labelled as having bullied, bullying in the moment, or “the bully.” Is your child thinking that they are a bully now, because they may have committed one of those offences before? Mine have thought that. Now what?

So, when your kid comes home telling you about a bully, or a situation where bullying took place, don’t be so quick to slap a bully-label on any kid. Talk about it and ask your kid what their options are for the given situation, help them find some, and then guide them towards enacting a solution that does not label anyone as a bully for life.