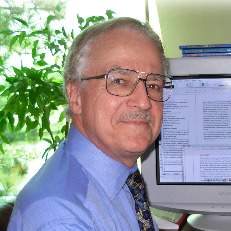 What to Do About Lying
A primary rule for parents when dealing with lying is don’t badger or corner children! Imagine you give a child the third degree about whether or not he has homework. He denies it six times and finally, after your seventh question, he admits that he has some. What has happened? By this time, of course, you are furious. More important, however, you also have given your child six times to practice lying! You may think to yourself, “Sooner or later he’ll realize he can’t fool me and he’ll give up.” Wrong. Many children will continue to take the easy way out: they will simply attempt to become better liars.

Either You Know the Truth or You Don’t
Look at it this way: you either know the truth or you don’t. If you don’t know what is going on, ask once and don’t badger. It’s a good idea here not to ask “impulsively”. Many kids simply respond back impulsively. They lie, but their real desire is just to end the conversation, get rid of you, and stay out of trouble.

If you are going to ask, you might say something like, “I want you to tell me the story of what happened, but not right now. Think about it a while and we’ll talk in fifteen minutes.” If he tells you the story and you find out later that the child lied, punish him for whatever the offense was as well as for the lie. No lectures or tantrums. Deal with the problem and try to fix things—as much as you can— so that lying does not seem necessary to the child.

If you do know what has happened, tell him what you know and deal with it. If he has done something wrong that you know about, simply punish him reasonably for that and end the conversation with, “I’m sure you’ll do better next time.”

Keep Your Perspective
Some parents still prefer to ask a child what happened—even when they already know what it was. This is OK if you do it right. You should say something like, “I got a call from the school today about an incident at lunch. I’m going to ask you to tell me the story, but not right now. I want you to think about it for a while, and then when you’re ready you can tell me, but remember I already pretty much know what happened.”

Lying is not good, but it certainly isn’t the end of the world either. It happens from time to time. It doesn’t mean that your kids don’t love you or that they are bound to grow up to become professional criminals. Over the years, however, frequent emotional overreactions on your part —combined with badgering and cornering— can produce an Accomplished Liar.

Want to use these articles in your newsletter or on your website? Email your requests to: custcare@parentmagic.com
© ParentMagic Inc. 800 Roosevelt Rd., Glen Ellyn, IL. 60137
www.123magic.com